The list of local artists who can be described as multi-instrumentalist blending, nu-folk is quite short. In fact, that mouthful only really applies to one – Matthew Mole.

Ghost contains Matthew’s typical eclectic blend of folk, electronica undertones and positive vibes. “While the new album contains the usual traits,” says Matthew, “I have experimented with electronics a lot more and I’ve introduced a bit of a ‘bigger’ sound in terms of instrumentation.”

The inspiration behind the album, he says, is overcoming all sorts of difficulties. It is also what inspired the album’s title. A quirky addition is that the ghost that graces the cover has a name – and his own Instagram account! “While he is cute,” explains Matthew, “Olly, which is short for Oleander, represents fear.”

And that is exactly what Ghost is all about. “The songs on this album represent fighting difficult situations in life. A lot of the difficulty comes down to fear or insecurity. The ghost represents those insecurities,” he explains. “It is something that intimidates us when we feel most vulnerable, but which ultimately has no power over us because we know that things will get better.”

The tour had to be postponed:
"hey everybody

its with extreme frustration that we once again find ourselves unable to make all our upcoming shows work together as a collective across the whole of Europe and UK due to some differing territory Covid rules. We have managed to reschedule everything and could not be happier with the dates we have gotten as most venues are the same and we have managed to add in one or two shows. The good news is all tickets will be valid for the new dates so you don’t need to do anything on your side. I am so grateful for the fans that I have and that they have committed and stuck through this with me, this tour in August is going to be the best tour I have done – I could not be more excited to see you all again. 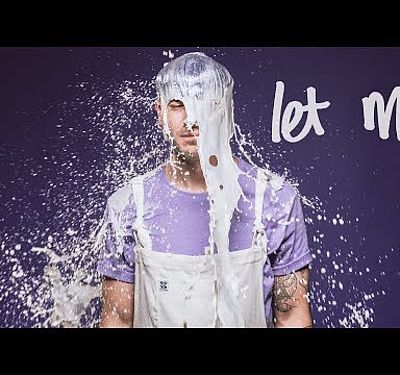